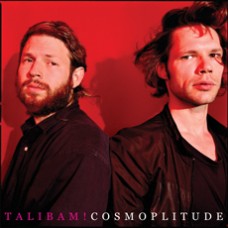 PRE-ORDER!! Release date is September 4. Order now to ensure getting this LP as it is a limited edi..