Dragon and Phoenix refers to the names of the sound holes on the Chinese instrument known as the guqin a.k.a. qin (gu is a prefix meaning "ancient"), which figures prominently on this album of improvised acoustic duos, being heard on thirteen of the sixteen tracks, with two qins on four tracks.

Stephen Dydo, former president of the New York Qin Society, is the more traditional player here, whereas Alan Sondheim has a style heavily based on free improvisation. The two bonded over their instrument collections, sometimes trading or loaning choice items. Dydo, who has also had lengthy careers as classical guitarist and as a twelve-tone composer, once told the author that a good day of composing yielded a measure and a half; this painstaking attention to detail has stood him in good stead during his more recent study of the qin. Sondheim, who has previously had three releases on ESP-Disk' starting in the 1960s and has prolifically spread his recent musical evolution across a variety of other labels, is an impulsive musical adventurer who uses his dizzying array of instruments for what their sounds can contribute to his musical style; he is not unaware of the traditional performance techniques of his instruments, but he never lets his musical expression be limited by or to those techniques.

Except for the use of madal (a hand drum) on one track, all the music here is made with stringed instruments. The music is very often focused on contrasts of timbres and textures. However, there may be as much pure melodic content here as on any Sondheim album. Harmonies are spare but spiced with microtonality. Though it may be more subtle than much of our catalog, attentive listeners will likely find that this meeting of tradition and experimentation lives up to an old ESP-Disk' slogan: "You never heard such sounds in your life."

A note about the track titles: They are based on the first sixteen characters of the Ch'ien Tzu Wen, translated by Ellen Zweig and Alan Sondheim, correlated with other English translations in Ch'ien Tzu Wen, The Thousand Character Classic, A Chinese Primer, edited by Francie W. Paar (Ungar, 1963). The translation is slightly modified for the CD, creating an almost haiku-like poem. 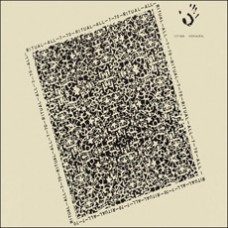 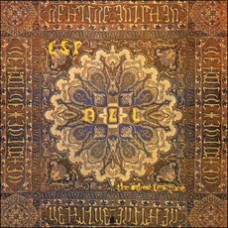