William Parker’s recording career began in 1973 on ESP-Disk’ (Frank Lowe’s Black Beings, ESP3013) and he returned to ESP in 2017 as a member of Mat Walerian’s group Toxic (This Is Beautiful Because We Are Beautiful People

ESP5011). Now ESP is proud to present a new William Parker album in collaboration with his wife Patricia Nicholson. No Joke! is unapologetically political, facing down injustice and inequality and other “in”s with artistic integrity and “outside” music.

“He stands now as one of the most adventurous and prolific bandleaders in jazz.”—David French, DownBeat

“Women With An Axe To Grind...specialized in astonishingly quicksilver seat-of-the-pants exhortation, both guided by and steering Nicholson's movement. There were some tremendous exchanges as Léandre's jagged arco constructs jostled with Mitchell's percolating vocalized flute and Dyer's soaring violin. They all contributed to the theatrical aspect too, with Léandre echoing some of Nicholson's politically-steeped phrases and rounds of harsh sighs fizzing around the stage, in a set which prompted a standing ovation.”— John Sharpe, All About Jazz

“William Parker pursues spirituality through hard work. He plays bass as if reaching heaven is a matter of steadily, repeatedly knocking until someone opens the door; he's one of the avant-garde jazz players most dedicated to the pursuit of higher purpose and heightened awareness in music, and he approaches it with a heavy, elemental tone.”—Chris Dahlen, Pitchfork

“Parker's creative energies have made him the unofficial mayor of the New York improvisational scene.”— Piotr Michalowski, Ann Arbor Observer

“William Parker is a towering figure in 21st century avant-garde music, widely recognised as a crucial link to the heart of free jazz, and a true heavyweight of the double bass.”—Daniel Spicer, BBC 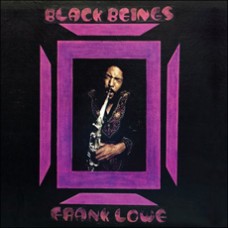 The CD and download versions of Black Beings contain 15 minutes of additional material thought to h..