In the first part of his career, Matthew Shipp avoided solo recordings, saying he wasn't ready – and the first solo album he made, Symbol Systems, happened by accident when the other player on the session didn't show up. Since then, his style expanded and matured and he recorded prolifically, including a number of solo albums, but they have remained special events, distinct statements of purpose. Zero continues in this tradition; its philosophical basis can be gleaned from the lecture on the bonus CD. But, of course, it is the music itself which speaks most eloquently.

Please note that the tune titled "Zero" is not the same as a previous Shipp composition of the same title.

Only the first edition (first 880 copies) of this album will include the bonus CD containing the talk Mr. Shipp gave at The Stone.

“Zero is a striking and typically uncompromising solo recording. While Shipp plays aggressive and with signature acuity on pieces like ‘Piano Panels,’ ‘Pattern Emerge’ and the title track, his ‘Abyss  Before Zero’ and the harmonically rich ‘Cosmic Sea’ display the thoughtful lyricism of Andrew Hill’s ‘70s solo albums…. Shipp has become an elder statesman on the free-jazz scene. His catalog is deep and his influence undeniable, just as Cecil Taylor and Don Pullen—firebrands from another era—had been a generation before.” – Bill Milkowski, DownBeat

“For years pianist Shipp has gone his own unconventional way. Critics have shunted him into the avant garde piano category. That’s not where he belongs. He is the sole occupant of the Matthew Shipp category. The listener with open ears will understand that individuality is the core of Shipp’s approach. The title of his new solo album, Zero, may suggest metaphysical implications. My advice is, don’t worry about metaphysical implications. Simply listen to Shipp’s keyboard mastery and the wide range of emotions in his playing—and leave categories behind.” – Doug Ramsey, Arts Journal

“Like Monk, Shipp has created his own language, what he might call a symbol system. His blues are often fragmented, leading you away from the familiar and into a house with many rooms. He can attack the keyboards as a percussionist, or play some gentle licks that would soothe a kitten. There is a logic to each piece here, and the listener can have confidence in the resolution of ideas.” – Mark Corroto, All About Jazz

"Matthew Shipp has become an elder statesman in the jazz world. How that happened can be boiled down to two simple elements. One: he has created a unique sound and language for improvised music and two: Shipp has become a doyen of cutting edge music making and opinion." – Mark Corroto, All About Jazz

"[A]n aspect of Shipp's character that is always evident, yet seldom discussed: the emotional commitment in his compositional method is equal to the rigorous intellect he applies in the architecture of creation." – Thom Jurek, Allmusic.com, re: solo album Piano Sutras

"The jazz world does not lack for fine pianists, but those who can sustain listener interest through an extended solo set always have been in shorter supply. These days, few pack their soliloquies with more information, drama and free-ranging thought than Matthew Shipp." – Howard Reich, Chicago Tribune 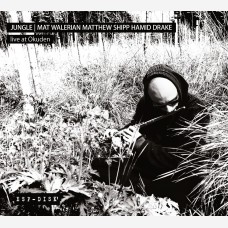 This is Polish multi-instrumentalist Mat Walerian’s third CD, all for ESP and all with Matthew Shi..

Whit Dickey has been a quiet but brilliant presence on the New York avant-jazz scene since his dis..

Starting in the bebop era, the piano-bass-drums lineup has been the most classic jazz format in whi..