And I Became of the Dark...

Following up on their well-received 2017 ESP-Disk’ album backing poet Amina Baraka, The Red Microphone added guitarist Dave Ross to its roster and went into the studio with Ivan Julian (guitarist of punk icons Richard Hell & the Voidoids). A few other veterans of the downtown NYC jazz scene joined in to help accompany the provocative, political poetry of John Pietaro, who doubles on voice and drums.

1. Revenge of the Atom Spies

5. When Reagan Was Bad

6. The People of Night 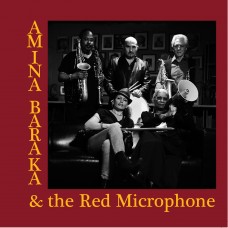 Amina Baraka and The Red Microphone

Amina Baraka speaks truth and spits fire when she reads her poetry. She is a warm and friendly pers..