In the Spring of 1966, ESP was given a grant by the New York State Council on the Arts, to tour the five colleges in the state with music departments. Artists for this tour included the Sun Ra Arkestra, Burton Greene, Patty Waters, Giuseppi Logan and Ran Blake. Accompanied by an all star backup group from among the participants, Patty's performances resulted in the album, "College Tour", her second recording for ESP-Disk'. The album expands upon the vocal acrobatics that were heard on her first recording, "Sings". "College Tour" won second place for Vocal Recording in Jazz and Pop Magazine in 1970.

Patty Waters is internationally recognized as one of the first major avant-garde vocalists. Her ESP-Disk' recordings cemented her reputation as a vocal innovator, and according to liner notes and public opinion, one whose influence extended beyond jazz to Yoko Ono and Diamanda Galas.

Track Listing
1.Song Of Clifford2.Hush Little Baby With Ba Ha Bad3.Wild Is The Wind 4.Prayer  5.It Never Entered My Mind  6.Song Of Life With Hush Little Baby   7.Song Of The One (I Love) Or Love, My Love 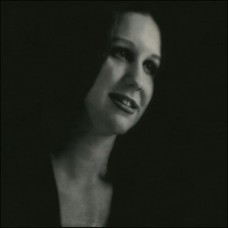