The Delegation is a project of young phenom Gabriel Zucker that mixes jazz, classical, electronica, rock, and more into a new sound that lives up to ESP-Disk's classic catchphrase, "You never heard such sounds in your life!" This improvising group came together at the 2013 Banff Jazz and Creative Music Workshop and was soon commissioned by the American Composers Forum; the result is the twelve-movement work on this two-disc set, which was premiered at the Jazz Gallery in New York City in 2014 and earned ASCAP's Morton Gould Young Composers Award.

“In Zucker’s almost confrontational writing I find the vision of one who is hugely expressive. Here is a young man with a profound sense of tone and colour and how it can be wrought from diverse instrumentation to be affectingly ‘cantorial,’ expressive and hugely symphonic too.” — Raul da Gama, World Music Report

★★★★ “Evergreen (Canceled World) totally lives up to its larger-than-life sweep and scope.” — Dave Wayne, All About Jazz

“Evergreen is a rewarding example of what Brooklyn has to offer avant garde jazz-rock and demonstrates that ESP-Disk’ hasn’t lost its adventurous spirit.” — Alex Henderson, New York City Jazz Record

"...suavely combined a symphony orchestra and a jazz band, beginning with a haunting orchestral hush and passing a gentle theme through the jazz soloists. It was a nocturne out of early Bernstein or introspective Sinatra." - Zachary Woolfe, The New York Times re:Universal at Midnight's Carnegie Hall premiere

Bach Society Prize of the Yale Music Department for being "a pianist who has excelled in solo, concerto and chamber music genres, a jazz pianist who has sustained a creative and virtuosic activity during his time at Yale, and a composer who has intensified his ambitious endeavor to find a synthesis between his art music and jazz interests." 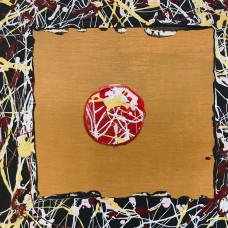 Leftover Beats from the Edge of Time

The latest release from polymath and musical maximalist Gabriel Zucker is a sprawling and ambitiou..