ONLY SEVEN COPIES LEFT! Cosmoplitude is a sexy, ultra-limited-edition 45rpm 7" single co-released by ESP Disk' and Electric Cowbell Records. This historic album not only marks Talibam's first-ever single and 20th record, but also ESP's first single since the '70s.

Side A's 'Cruisin the Cooke Isle' and side B's 'Cosmic Attidude' are ready for DJ spins on Milano fashion runways, in Brooklyn punk basements, or at hot tub parties from Vegas to Tibet... Ka-ching + Ohm = KA-BONE!

Cosmoplitude is a transcendent, compassionate cosmic attitude emanating from and permeating through everything -- space/places/animals/stimuli/desires/gut feelings. If you can catch on to the cosmop, the obstacle course of notated expectations, shifting brightness and energy standards, daily costume changes, uber-media-mind-chip commentary, and cultural/political flux will all suddenly transform into an inspired/extinguished altered state of disjointed iconic impressions giving birth to positive urban countenance and lavish peace.

"Talibam! venture up and down every block of jazz’s past, present, and future, dragging out every inspirational sound to repurpose as their own. " Justin Spicer 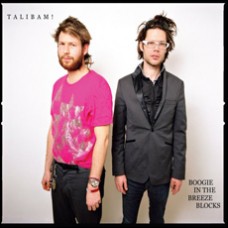